Browse: Home   /   Round The World – Singlespeed 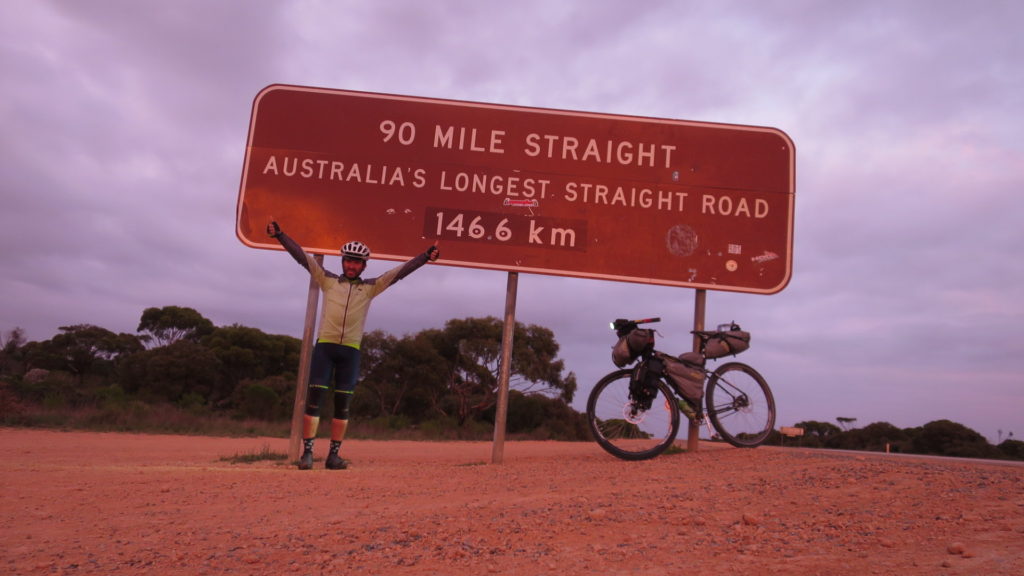 With only a few plane tickets booked and no planned route I first rode through Western Europe over the Pyrenees to Barcelona. The next stop was Iceland to finally experience the Aurea Borealis, but as I soon found out it came with fierce winds and rain, all good to harden me up for the rest of the trip.

Next I went to cross the US from New York to Santa Monica and on to San Francisco for the New Years fireworks. I had worked in both New York and San Francisco in my pre-bikepacking life, so it was great to be back finally.

Tracing back more memories I jumped on another plane to ride the Tour Aotearoa Route through New Zealand in January, cycling mostly off-road in the country where I lived before settling in Scotland. The most remarkable part of the journey for me was crossing the Nullarbor plain in Australia on one gear. As I chose a mountain bike ratio of 32/18 for the whole trip to be able to cycle as many hills as I could find, riding flat roads wasn’t an easy feat to do. After Australia I touched down in Singapore to ride through the fierce heat and humidity of Southeast Asia in April, through Malaysia, Thailand, Laos and Vietnam to Hanoi. I lost one clothing size in the process, drinking up to 12l of water to survive the heat. From there my brother joined me for three weeks cycling across Northern Iran, the highlight of my trip, sampling the outstanding hospitality of the Iranian people, and riding up to the highest pass of the journey at 3150m. Crossing Turkey the rest of the trip took me through the Balkans and back to my family in Germany, and from here the long way to Scotland.

Podcast Interview with The Pursuit Zone