Readers of this fine blog will possibly agree that bikepacking is growing in popularity worldwide, but particularly in Scotland. We have some of the best access rights in the world, one of the last wildernesses in Europe and a pretty active bikepacking scene, the popularity of the Highland Trail, Cairngorms Loop and the Capital Trail is proof for an increasing appetite for adventure on two wheels out there. So it won’t come as a surprise that bikepacking is one of the key themes of the Edinburgh Festival of Cycling this year. Held from 11 to 21 June the festival, now in its third year, is a real showcase of all aspects of bicycle culture. From Thursday until Sunday the Festival will be all about bikepacking, here is what there is on offer. 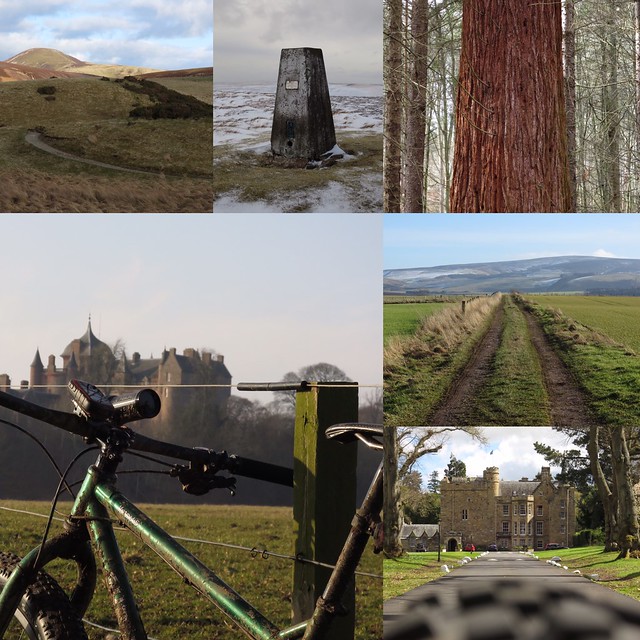 At the heart of this year’s bikepacking events is the Capital Trail, which was devised by me, and I am really chuffed that almost 80 riders have already signed up. You can find out plenty more information about the Capital Trail here, the start list is here, you can see the GPX file here, and after having considered all of this, join straight away here for a very small fee of £15 here. What you’ll get are memories for life, riding with UK cycling heavyweights such as Lee Craigie and Charlie ‘The Bikemonger’ Hobbs, and also free access to Ordnance Survey’s online solution OS Maps for three months. 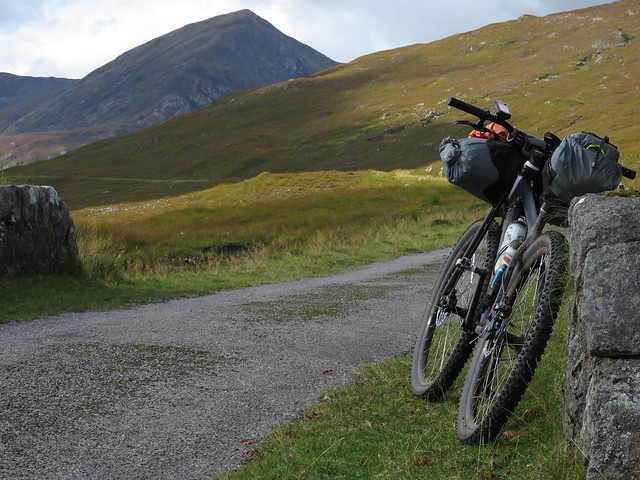 The idea of the Capital Trail is pretty simple: Combine all the amazing mountain biking locations we have readily available on our doorstep in the city into one challenging ride with an overnight stop. I have ridden trails all over the world, what Edinburgh and the South of Scotland have to offer is worth shouting about. Having spent the last three months exploring trails and talking to local riders, I am confident to say that the Capital Trail is amongst the most scenic bikepacking routes on offer.

But it doesn’t stop here: For those who would rather listen to and watch bikepacking experiences from around the world, the festival hosts a series of talks and the Scottish Premiere of ‘Inspired to Ride’. The movie, directed Mike Dion, gives the audience an incredibly immersive experience of 45 cyclists  from around the world, who set out on the inaugural Trans Am Bike Race in 2014 to cover 4,233 miles in  one enormous stage race, traversing through ten states in a transcontinental adventure of epic proportions.

The female winner of the race and fastest woman to cycle around the world in 2012, Juliana Buhring, will be answering questions after the movie, which will be screened at Pleasance Cabaret Bar on 12 June at 7pm.

Emily has just completed a winter journey from Anchorage to Seattle, riding on four-inch tyres through the snow and ice of the Alaska Highway, and camping out at temperatures as low as -40°C.

And then there’s Emily Chappell, who will also be joining the Capital Trail crowd to challenge herself. A bike messenger with itchy wheels, Emily has spent the last three years cycling through some of the world’s most remote and inhospitable regions. After an 18-month crossing of Asia she now turns her attention to the American continent, and has just completed a winter journey from Anchorage to Seattle, riding on four-inch tyres through the snow and ice of the Alaska Highway, and camping out at temperatures as low as -40°C. Emily will be talking about her experiences on 11 June at 8pm in the Pleasance Cabaret Bar.

The bikepacking bill is rounded off by Swiss mountain biker Gian Leish, who will be sharing his stories in a free talk on Thursday 11 June at 2pm at the Edinburgh Central Library.

So get some annual leave in the diary and come up to Edinburgh from 11 – 15 June. There will be plenty of opportunities to talk to likeminded people, get your tickets for the events at www.edfoc.org.uk. For now, Happy Bikepacking!